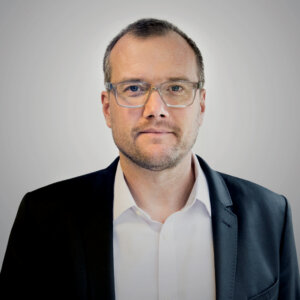 Taoti Creative announced that after more than a decade of being competitors, Chris Lester—the co-founder and Chief Creative Officer of rival Agency CHIEF (acquired by IntelliBridge)–will join Taoti as its Chief Creative Officer. The move comes as Taoti looks to evolve its brand and spin up a new events and experiential marketing division to be built around their new 15000sqft headquarters and event venue on Barracks Row in Washington, DC.

Brent Lightner, Taoti’s Founder and CEO said, “Chris has been the driving force behind the enviable brand and work put out by Agency CHIEF. They’ve always been on the top of my list of formidable competitors. The notion of Chris bringing his creative vision to Team Taoti is an almost surreal moment for us, but one that will be transformative as we look to level-up our own brand and work.”

Lester has served as the driving creative force that co-founded Agency CHIEF in 2011 after spinning off of Rock Creek Strategic Marketing. CHIEF was acquired by ByteCubed in 2018 to form U.Group, which was in turn acquired by IntelliBridge in 2021. Lester’s work has achieved the highest level of recognition by leading industry organizations. He has served as the principal brand architect and experience lead in engagements with Sandal’s Resorts, NASA, Chan Zuckerberg Initiative, Howard University, Blackstone, Newman’s Own Foundation, and many others.

In response to being officially welcomed, Chris said, “I am tremendously excited to join the Taoti team. It’s the kind of creative environment where I can dream BIG and make things happen. I share Brent’s vision and can’t wait to get into creative high gear, launching headfirst with this incredible team into a 2022 full of transformative, inspiring, and meaningful experiences.”

ABOUT TAOTI CREATIVE
Taoti Creative is DC’s leading full-service creative agency based on Capitol Hill in Washington, DC. For over 25 years, Taoti has been creating award-winning, digital and marcom solutions for The World Bank, DC Lottery, National Park Service, US Figure Skating, Architect of the Capitol, and over 800 other clients spanning the globe.